Visual ReCode 1.2 is out with beta support for migrating various .NET 4.x projects to .NET Core 3.1. To try out this new feature, Download Visual ReCode now!

There are various .NET project types that can be migrated to .NET Core 3.1 with very few changes: WPF and Windows Forms are both supported in Core (although apps can still only run on Windows), and of course console apps, class libraries and so on can be converted too. Of course, you need to move all the code and everything else to the new SDK project format, and that’s where we can help.

Visual ReCode now has a wizard-driven process for migrating .NET 4.x projects, whether using the old project format or the new SDK format but still targeting a net4xx framework, to a shiny new .NET Core 3.1 solution. 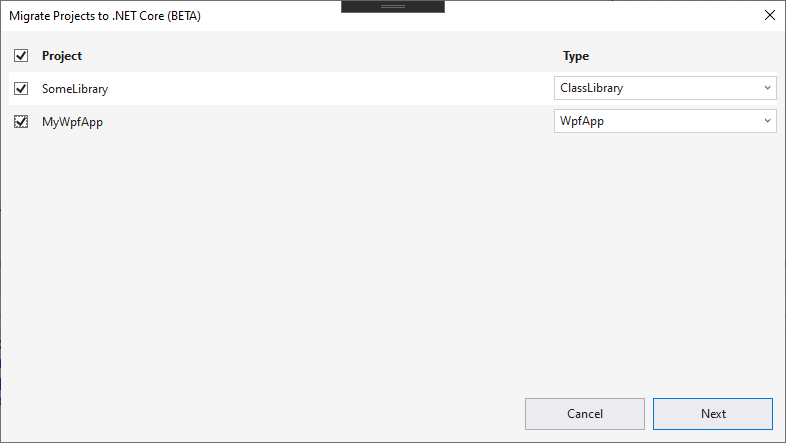 If your project references NuGet packages, ReCode will check to see if they are compatible with .NET Core. If they’re not, it will look for a later version that is compatible. For example, if your app uses Newtonsoft.Json 8.0, ReCode will update it to the latest 12.0 version. 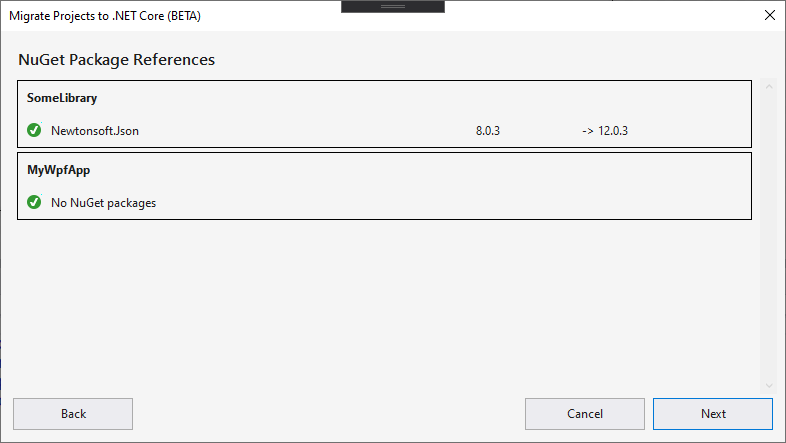 ReCode will also add new NuGet packages for things that used to be local framework references, like Microsoft.CSharp and System.DataSet.DataSetExtensions, and remove any packages that are no longer necessary, like System.ValueTuple and System.Threading.Tasks.Extensions, which are built-in to the .NET Core SDK.

If you’re building desktop .NET applications, we know you’re probably using one of the many excellent third-party component collections from people like DevExpress, Telerik and Syncfusion. Most of them have already announced .NET Core 3.1 support, and we’re hoping to provide a way to update those references too, even from on-disk assembly references to NuGet package references.

This first release includes support for:

We hope to follow this soon with a second beta which will also support:

We’re also planning to add support for migrating to the .NET 5 preview in that release, so you can test your apps with the very latest bits out of Redmond.

As with our WCF to gRPC migration, each .NET Project migration produces a report highlighting possible issues with the new application, including NuGet packages where ReCode couldn’t find a .NET Core-compatible version, on-disk assembly references that are probably .NET 4.x, and so on. 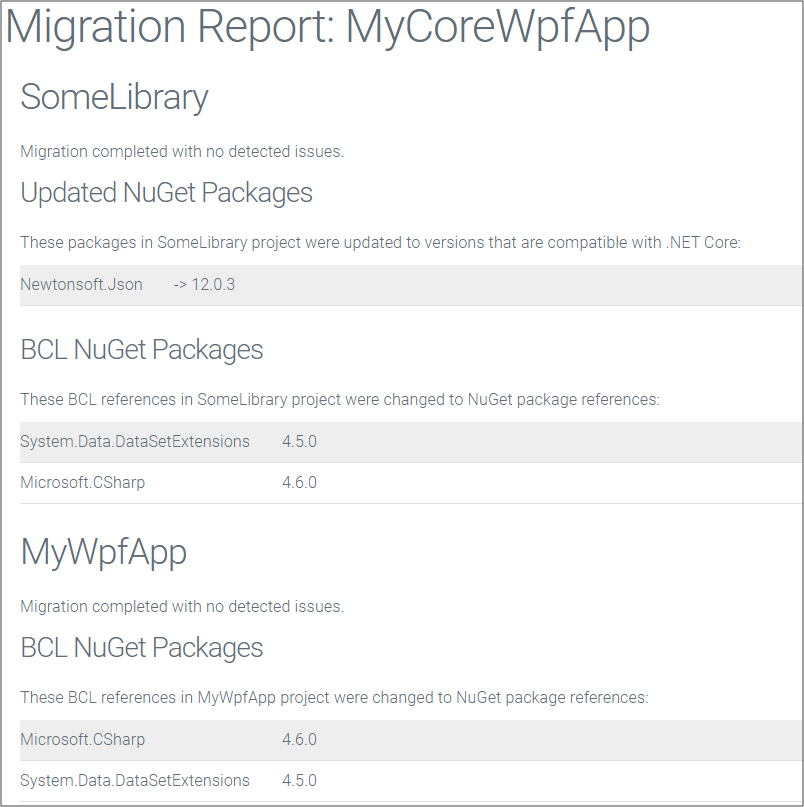 This is a preview release, and it’s been testing on a limited number of apps (including ICSharpCode.TextEditor!), so we’re hoping you’ll download Visual ReCode and try it on your projects. Let us know how you get on!

In this article we summarize the broad-stroke changes from .NET 5 to .NET 6, and discuss how you can start getting ready for the transition. Read more

If you want to use .NET 5 or any other future versions of .NET, you will need to find an alternative to WCF. The silver lining is that WCF has some powerful replacements that would be worth using even if you were not forced to move on. Read more

Early-bird licenses are just $195 or license your team from $295 per seat.